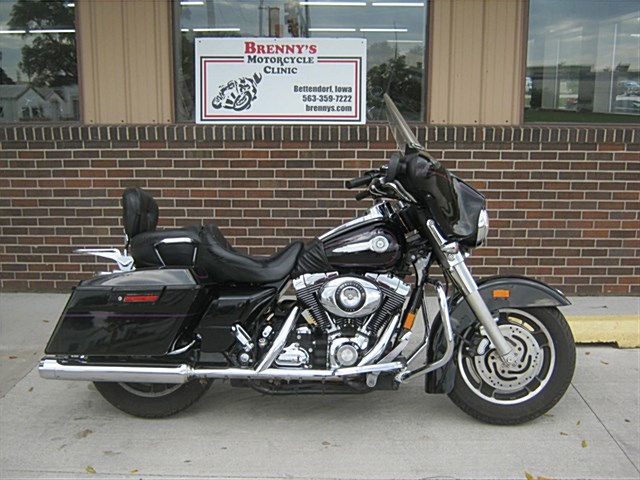 Here is a Rare bike for a U.S. Navy guy!!!   Harley-Davidson has provided those who have served their country the chance to customize their motorcycle with details honoring their military service with the Patriot Special Edition program.  When these specially-decorated models were sold new only to active U.S. military service men and women, veterans and immediate family members. The Patriot Special Edition program was available on select 2007 Harley-Davidson models that were to be customized to one of these participating military branches: U.S. Air Force, U.S. Army, U.S. Coast Guard, U.S. Marine Corps and U.S. Navy.   There were actually just a few of these bikes ever done by Harley. There were only 166 Street Glides done by Harley. {That is 166 for all branches of the military, it is unknown to us how many Navy bikes were produced, Not very many.}    Harley Davidson was very serious about this, To buy one of these bikes new, Customers must have provided proof of military service.  Veterans needed their DD Form 214, active military discharge document to qualify for purchase. Eligible military service includes active duty personnel, veterans and immediate family members of both of those categories.   These bikes were only made in Vivid Black paint, and they are accented with red and blue pin striping and the standard U.S. flag, consistent with all military uniform symbols, on the rear fender. The Patriot Special Edition motorcycles also feature a branch-specific fuel tank badge, and front fender.  Customers also receive a special-edition Harley Davidson Challenge Coin made by the Franklin Mint. Challenge Coins are a unique and time-honored tradition in the military.  This one has been affixed on the rear fender, check out the pictures.   We obtained the bike from the original owner, and is is a very well cared for ride. It runs and rides just as it should. We have given it a full service, and it is ready for a new owner. Please look at the pictures, and give us a call, or send us an email. I can be viewed at our showroom in Bettendorf,Iowa.  A very RARE bike that a Nave Veteran, or Navy active duty would love to have!!!