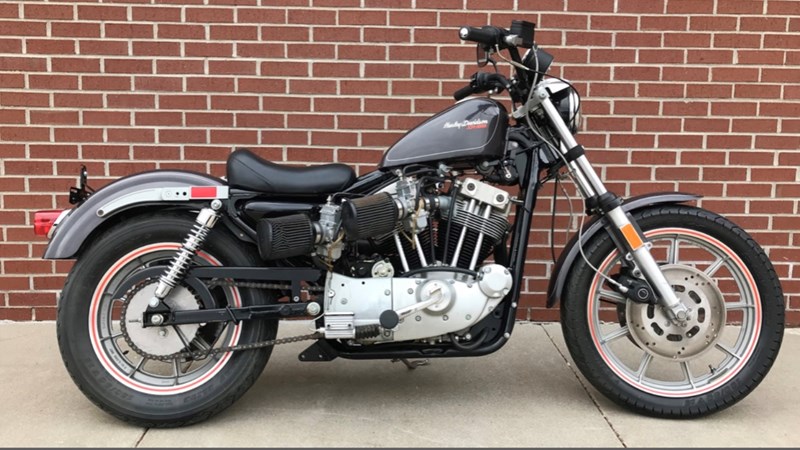 1983 Harley-Davidson XR1000 with less than 1,600 original miles, completely original and in great shape!
In the early 1970s the XR750 became a tremendously successful racer and Harley-Davidson thought that a street-legal version of the flat track racer should be built. So in 1982 Harley combined a 1,000cc engine with XLX Sportster parts and modified XR750 parts, and the XR1000 prototype was born. In 1983 a race version of the XR1000 prototype was ridden to the top of the podium at the Daytona BOTT, which coincided with the release of Harley’s XR1000!
If anyone was ever looking for XR750 performance in a Sportster package licensed for the street, it was the only show in town! Harley-Davidson turned out 1,000 XR1000 models in 1983 and an additional 700 more were built in 1984 before the model was discontinued. Considering the minimal number of these bikes that were ever built, it is certainly a collectible in its own right! You’ve got to see it and hear it to believe it, check it out!